During the past year we have shipped VSD-E drives with same higher current limits than the former VSD-XE model as we were confident that it would not cause any reliability issues. And it has not, as expected, no issues have been reported! 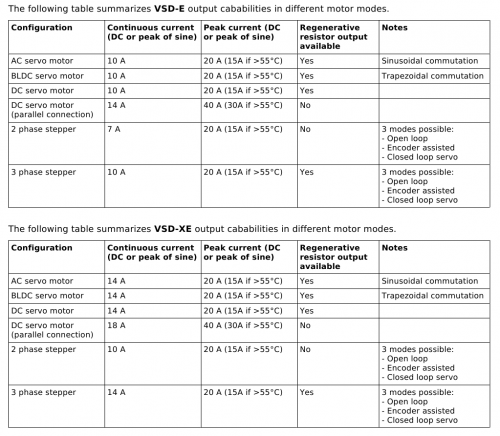 Comparison of the VSD-E and VSD-XE output current limits. With the new firmware, VSD-E gets the same ratings as VSD-XE.