One of the most notable change is re-calibration of dead-time distortion correction yielding significantly better servo performance. The earlier firmware was actually calibrated for one of the prototype drives while the latest release has been optimized for the final drive version featuring faster IGBT transistors in the power stage. 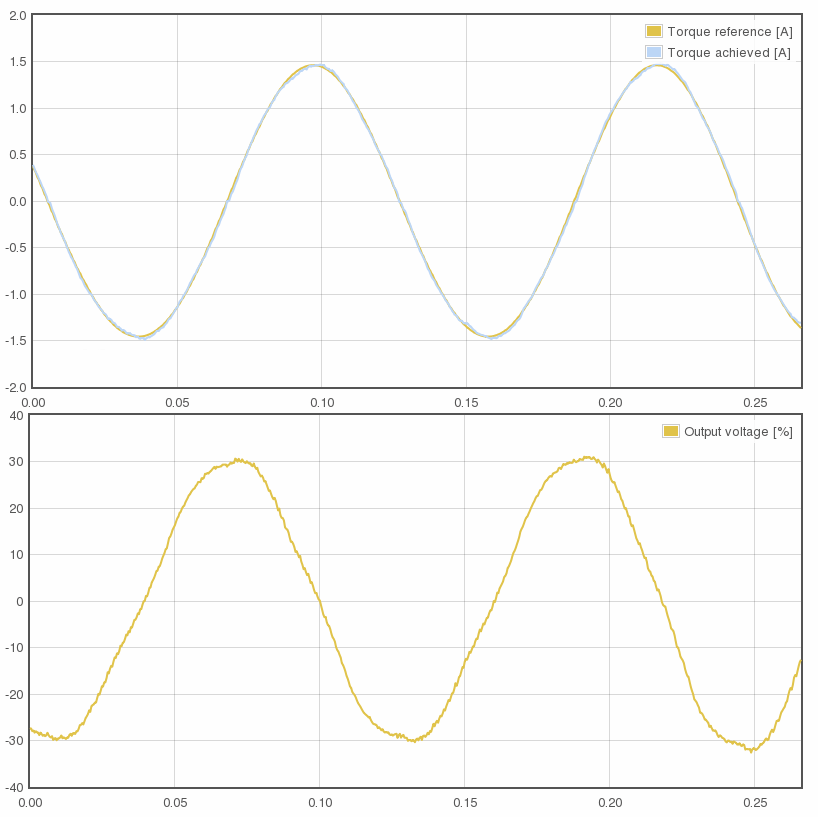 Dead-time distortion correction in action. The result is near pure sinusoidal current waveforms.